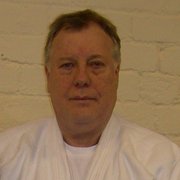 At Asoryu Aikido Club, Billy McAuley sensei teaches Traditional Aikido with a strong emphasis on the basics (kihon) of Aikido:  Through the influence of Asoh Kinjo Sensei, Sensei Billy firmly believes that having a solid foundation in the basics of Aikido is essential for the proper development and progression of all Aikido practitioners (Aikidoka) in their practice of Aikido

Asoryu Aikido Club is named in honour Sensei Billy’s Japanese Aikido Sensei; Asoh Kinjo Sensei, 7th Dan, Aikikai Shihan of the Aikikai Foundation, Tokyo, Japan, and who, in 1993, sadly succumbed to cancer: Sensei Billy has travelled extensively and has had the privilege of taking Aikido instruction from many of the world’s leading Aikido teachers