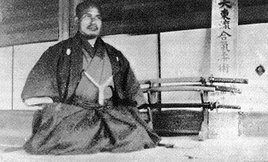 Aikido was created by O Sensei, Ueshiba Morihei (植芝 盛平 Ueshiba Morihei, 14 December 1883 – 26 April 1969). O Sensei envisioned Aikido not only as the synthesis of his martial training but, also as an expression of his personal philosophy of universal peace and reconciliation. During his lifetime Aikido has evolved from O Sensei's study of Koryu (old-style martial arts) and Aikido continues to evolve today

O Sensei developed Aikido primarily during the late 1920s through the 1930s through the synthesis of the older martial arts that he had studied. The core martial art from which Aikido derives is Daitō-ryu Aiki-jujutsu, which O Sensei studied directly with Takeda Sokaku, the reviver of that art. Additionally, O Sensei is known to have studied Tenjin Shin'yo-ryu with Tozawa Tokusaburō in Tokyo, Japan in 1901, Gotoha Yagyu Shingan-ryu under Nakai Masakatsu in Sakai, Japan from 1903 to 1908 and Judo with Takagi Kiyoichi (高木 喜代子 Takagi Kiyoichi, 1894–1972) in Tanabe, Japan in 1911

The art of Daitō-ryū is the primary technical influence on Aikido. Along with empty-handed throwing, joint-locking techniques and immobilisation techniques, O Sensei incorporated training movements with weapons, such as those for the spear (yan), short staff (jō), and perhaps the Bayonet (銃剣, jūken). However, Aikido derives much of its technical structure from the art of swordsmanship (Kenjutsu)

Ueshiba Morihei moved to Hokkaido, Japan in 1912, and began studying under Takeda Sokaku in 1915. His official association with Daitō-ryū continued until 1937. However, during the latter part of that period, Ueshiba had already begun to distance himself from Takeda Sokaku and from Daitō-ryū. At that time O Sensei was referring to his martial art as "Aiki Budō". It is unclear exactly when O Sensei began using the name "Aikido" but, it became the official name of the art in 1942 when the Greater Japan Martial Virtue Society (Dai Nippon Butoku Kai) was engaged in a government sponsored reorganisation and centralisation of Japanese martial arts 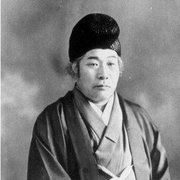 After O Sensei left Hokkaidō, Japan in 1919, he met and was profoundly influenced by Deguchi Onisaburo, the spiritual leader of the Ōmoto-kyō religion (a neo-Shinto movement) in Ayabe, Japan. One of the primary features of Ōmoto-kyō is its emphasis on the attainment of utopia during one's life. This was a great influence on O Sensei's martial arts philosophy of extending love and compassion especially to those who seek to harm others. Aikido demonstrates this philosophy in its emphasis on mastering martial arts so that one may receive an attack and harmlessly redirect it. In an ideal resolution not only is the receiver unharmed, the attacker is also unharmed

In addition to the effect on his spiritual growth, his connection with Deguchi Onisaburo gave O Sensei entry to elite political and military circles as a martial artist. As a result of this exposure, he was able to attract not only financial backing but, also gifted students. Several of these students would found their own styles of Aikido

The International Dissemination of Aikido 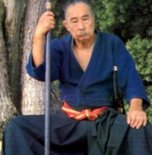 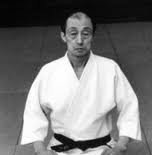 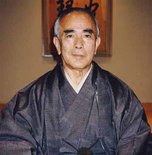 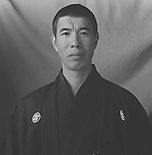 Aikido was first brought to the West in 1951 by Mochizuki Minoru with a visit to France where he introduced Aikido techniques to judo students. He was followed by Abe Tadashi in 1952 who became the official Aikikai Hombu Dojo representative, remaining in France for seven years. Tomiki Kenji toured with a delegation of various martial arts through fifteen continental states of the United States in 1953. Later in that year, Tohei Koichi was sent by Aikikai Hombu Dojo to Hawaii, for a full year, where he set up several Dojos. This was followed up by several further visits and is considered the formal introduction of Aikido to the United States. The United Kingdom followed in 1955; Italy in 1964; Germany and Australia in 1965. Designated "Official Delegate for Europe and Africa" by O Sensei, Noro Masamichi arrived in France in September 1961. Today there is Aikido Dojos available throughout the world

The Proliferation of Independent Aikido Organisations

The biggest Aikido organisation is the Aikikai Foundation Tokyo which remains under the control of the Ueshiba family. However, Aikido has many styles, mostly formed by O Sensei Ueshiba Morihei 's major students

The earliest independent styles to emerge were Yoseikan Aikido, begun by Mochizuki Minoru in 1931, Yoshinkan Aikido founded by Gozo Shioda in 1955, and Shodokan Aikido, founded by Tomiki Kenji in 1967. The emergence of these styles pre-dated O Sensei's death and did not cause any major upheavals when they were formalised. Shodokan Aikido, however, was controversial, since it introduced a unique rule-based competition that some felt was contrary to the spirit of AikidAfter O Sensei's death in 1969, two more major styles emerged. Significant controversy arose with the departure of the Aikikai Hombu Dojo's chief instructor Tohei Koichi, in 1974. Tohei left as a result of a disagreement with the son of the founder, Ueshiba Kisshomaru, who at that time headed the Aikikai Foundation Tokyo. The disagreement was over the proper role of ki development in regular aikido training. After Tohei left, he formed his own style, called Shin Shin Toitsu Aikido, and the organization which governs it, the Ki Society (Ki no Kenkyūkai) 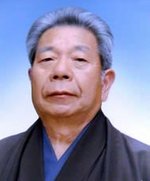 A final major style evolved from O Sensei's retirement in Iwama, Ibaraki Prefecture, Japan, and the teaching methodology of long term student Saito Morihiro. It is unofficially referred to as the "Iwama style", and at one point a number of its followers formed a loose network of schools they called Iwama Ryu. Although Iwama style practitioners remained part of the Aikikai until Saito Sensei's death in 2002, followers of Saito Sensei subsequently split into two groups; one remaining with the Aikikai and the other forming the independent organization the Shin Shin Aikishuren Kai, in 2004 around Saito's son Saito Hitohiro Sensei

Today, the major styles of Aikido are each run by a separate governing organization, have their own headquarters (本部道場, honbu dōjō) in Japan, and have an international breadth: 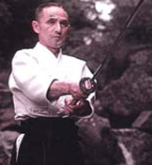