A Brief History of the Founding Family of Aikido 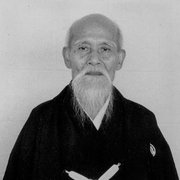 O Sensei was born on 14th, December 1883 in Tanabe City, Wakayama Prefecture, Japan. In 1912 he moved to Hokkaido Prefecture and met Takeda Sokaku from whom he trained in Daito-ryu Aiki-Jujitsu. In 1919 in Ayabe, Kyoto he met Deguchi Onisaburo of the Omoto Sect. In 1927 he moved to Tokyo with his family and he began teaching the Way of Aiki. In 1960 he received the Shiju Hosho Medal from the Japanese Government. On 26th, April 1969 at the age of 86, O Sensei sadly passed away 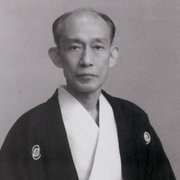 Ueshiba Kisshomaru was born on 27th, June 1921 in Ayabe, Kyoto. In 1946 he graduated from Waseda University, Tokyo, Japan from the Faculty of Economics and Political Science. In 1956 he gave his first Aikido demonstration and started to teach to the public. In 1957 he published the first Aikido text book. In 1969 following the passing of his father he assumed the title of Aikido Doshu. In 1995 he received the Zui Hosho Medal from the Japanese Government. On the 04th, January 1999 at the age of 77 he sadly passed away

Ueshiba Moriteru was born in Tokyo on the 02nd, April 1951. In 1976 he graduated from Meiji Gakuin University from the faculty of Economics. In 1996 he became General Director of Aikikai Headquarters, Hombu Dojo, Sinjuku, Tokyo. In 1999 following the passing of his father he assumed the title of Aikido Doshu 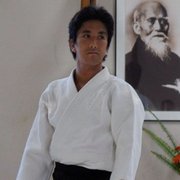 Mitsuteru Ueshiba (植芝 充央 Ueshiba Mitsuteru, born 1980) is the son of the third and current dōshu of the Aikikai, Ueshiba Moriteru. In keeping with the iemoto system of familial generations in traditional Japanese martial arts, he is expected to succeed his father as dōshu, becoming the Fourth Dōshu (四代道主). He is a great-grandson of O Sensei Ueshiba Morihei, the founder of Aikido. From April 2010 he has been the acting-dojocho of Ibaraki Prefecture Aikikai Iwama dojo. Ueshiba Mitsuteru is often referred to as Waka-sensei (若先生) to distinguish him from his father. ("Waka-sensei" means "young teacher," and applied to Ueshiba Moriteru when his father Ueshiba Kisshomaru was still alive; this usage also exists outside of Aikido, and is a facet of senpai and kōhai). On March 2, 2008, Ueshiba Misuteru married Kusano Keiko, and on 22 June 2008 a ceremonial party was held at Keio Plaza Hotel with major Aikikai sensei in attendance